APEC Women and the Economy Theme and Priorities

Overview of the Women and the Economy agenda in APEC

What is the women’s agenda in APEC? The entire conversation on this vital program was concretized when, in 1996, the APEC founded the Women Leaders’ Network: an informal, dynamic network that brings together women leaders from all sectors to provide policy recommendations to APEC officials. Through this landmark development, the Action Program of APEC introduced the gender dimension, where leaders put special emphasis on the women’s participation in APEC.

In 1998, the first APEC Ministerial Meeting on Women held in Makati City, Philippines led to the publication of the Framework for the Integration on Women in APEC the following year. It recognized the nature of gender equality as a cross-cutting issue in APEC. The Framework outlines a practical and systematic approach on how to fully integrate women into the mainstream APEC processes and activities.

What soon followed are groups that pushed to advance the Framework, such as the Ad-Hoc Advisory Group on Gender Integration (AGGI) which was later replaced by the Gender Focal Point Network (GFPN). Through the years, these working groups continuously discussed women's issues and agenda and later on focused more closely on women's economic empowerment.

At the 2011 Senior Officials’ Meeting held at Big Sky, Montana, USA, the importance of women’s economic empowerment gained greater ground with the combination of the former APEC-GFPN and the private-sector oriented WLN, leading to the establishment of the Policy Partnership on Women and the Economy (PPWE).

With a broad goal of advancing the Framework for the Integration of Women in APEC, the PPWE coordinates with APEC working groups, APEC economies, and the APEC Secretariat, and reports to the SOM Steering Committee on Economic and Technical Cooperation (SCE). The PPWE provides a mechanism to integrate gender equality and women’s empowerment goals across APEC work streams and gives policy advice on gender issues relevant to the APEC process.

In 2011, the United States’ hosted the first High-Level Policy Dialogue on Women and the Economy. Economies agreed to take concrete actions to realize the full economic potential of women, as outlined in the San Francisco Declaration endorsed by the APEC Economic Leaders the same year.

Since then, 21 economies meet once a year at the APEC Women and the Economy Fora; a conjunction of three components:

The APEC Women and the Economy Fora has emerged as a conscious effort by women representatives to take stock of past achievements, identify present and continuing barriers as well as appropriate interventions, and support future aspirations for women’s full participation. 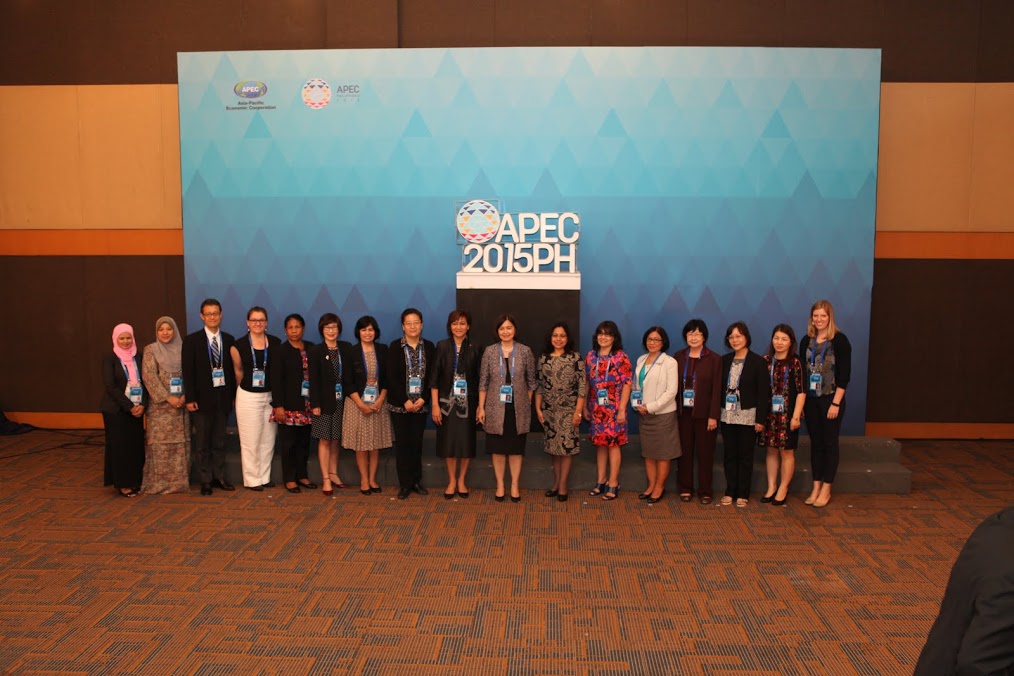 Delegates to the Policy Partnership on Women and the Economy (PPWE) met recently to finalize the implementation of a strategic plan that will chart efforts of the 21 APEC member economies to promote women’s economic empowerment over the next three years. Labeled PPWE Strategic Plan 2015-2018, their goal is to advance the economic integration of women in the APEC region for the benefit of all members and to coordinate gender activities across other APEC working groups. PPWE works to address the five key pillars impacting women’s economic empowerment. These are access to capital, access to market, skills, capacity building, and health, women’s leadership, voice, and agency, and innovation and technology. The meeting culminated with a draft  Statement for endorsement and approval by the Heads of Delegations of the High Level Policy Dialogue on Women and the Economy. The family photo shows the PPWE delegates led by Hon. Nora K. Terrado, Chair of APEC WE 2015 Fora and Undersecretary of the Department of Trade and Industry; and Ms. Emmeline Verzosa, Chair of PPWE and the Executive Director of the Philippine Commission on Women.