2014 APEC Women and the Economy Forum

“Harnessing the Power of Women for Asia-Pacific Prosperity”

The main theme of 2014 APEC Women and the Economy Forum is Harnessing the Power of Women for Asia-Pacific Prosperity. There are three subthemes, namely Women and Green Development, Women and Regional Trade and Economic Cooperation, Policy Support and Women’s Economic Empowerment.

Asia-Pacific is one of the most dynamic and promising regions in global economy, seen as the engine of the world economic growth. Recent years, however, have witnessed such challenges as financial crisis, climate change, natural disasters, and the slow-down of economic growth as well. Efforts were made by various parties in the APEC region to identify new growth points, promote changes in the economic growth patterns and to achieve the goal of “a balanced, inclusive, sustainable, innovative and secure growth” set out by the APEC Economic Leaders. Green development thus became a strategic choice. Women, as a major driving force of economic development in the Asia Pacific, have an irreplaceable role to play in it.

Committed to the regional economic integration, APEC formulated the Bogor Goals and the vision of a Free Trade Area of the Asia-Pacific (FTAAP), focusing efforts to eliminate barriers to international trade and investment, construct an all-around, multi-level comprehensive connectivity, and to build a closer and new type of regional partnership for development. “The economic inclusion of women is critical for business performance and economic prosperity”, “We committed to promoting efforts to integrate gender considerations across APEC activities as a priority”, said the APEC Economic Leaders in The 21st APEC Economic Leaders’ Declaration. Women’s trade and economic cooperation is an integral part of the regional trade and economic cooperation. APEC women and their cooperation in  trade and economy can make unique contributions to the regional prosperity.

This sub-theme is meant to provide an opportunity for participants to learn more about trade and economic cooperation and business cooperation opportunities in the region, discuss the integration of women’s perspectives and aspirations into regional cooperation, the cooperation among women in the business community, and the enhancement of partnerships between the public and private sectors, and explore how to further expand investment and technical training, creating an enabling environment that supports women’s entrepreneurship and the development of women-led businesses including SMEs.

It is the consensus of all APEC economies to empower women and promote their full economic participation on an equal footing. Women’s economic empowerment in APEC region has recorded considerable progress. However, women still remain disadvantaged in terms of their access to resources, market, and employment and trade opportunities. Policy support is of crucial importance to address the issues. The declarations of the APEC Economic Leaders meetings and Women and the Economy Forums/Summit adopted recent years all emphasized that in order to strengthen women’s economic participation, concrete measures be taken, investment in women be encouraged and a conducive environment be built.

Participants are expected to exchange information on policies for and achievements in women’s economic empowerment in their economies, talk about successful stories of gender mainstreaming, share their further policy recommendations and project proposals for regional cooperation and for women’s equal participation in and equal benefit from economic development. 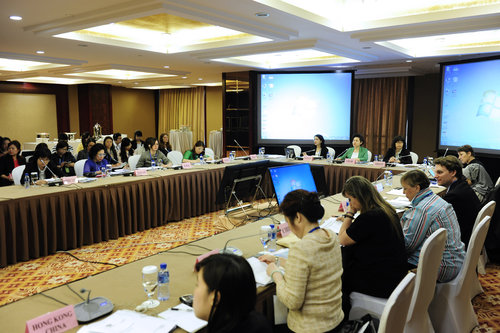 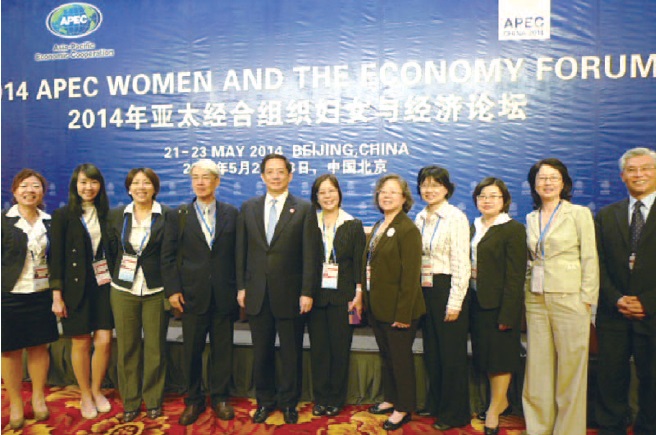 Additional details about APEC WEF can be found on APEC