Message from the Chairperson

The rise of “woman power” during recent years has already become a global trend, where countries worldwide have proposed relevant women’s policies in order to enhance females’ status. In response to this trend, and to intensify the promotion of the overall efficiency for women’s rights, we have established the “Foundation for Women's Rights Promotion and Development” under the continuous promotion of civil power and governmental assistance, acting as the voice to gender equality in our country, the communication window between women’s groups and the government, as well as the role as the center for integrating data and resources.

For many years, the Foundation for Women’s Rights Promotion and Development continuously assisted civil women’s groups and the government in implementing the promotion of women and gender related policies as well as regulations, so as to develop gender mainstreaming promotional tools, including ability trainings such as gender statistics and analysis, gender impact assessment, gender budget and gender consciousness, which has already accumulated a certain result. Currently under the joint collaboration from our foundation, civil power, and the government, the improvement and development of gender equity can already be seen in the various fields in Taiwan. For the future, it is anticipated that our foundation may combine powers from all fields with more foresight and thorough planning, so as to allow the guarantee of women’s rights to be further implemented, and ensure that society may actually achieve the state of gender equity and mutual respect!


The foundation is supported by a management board, which is composed of nineteen board members that are appointed by the premier from the following candidates: 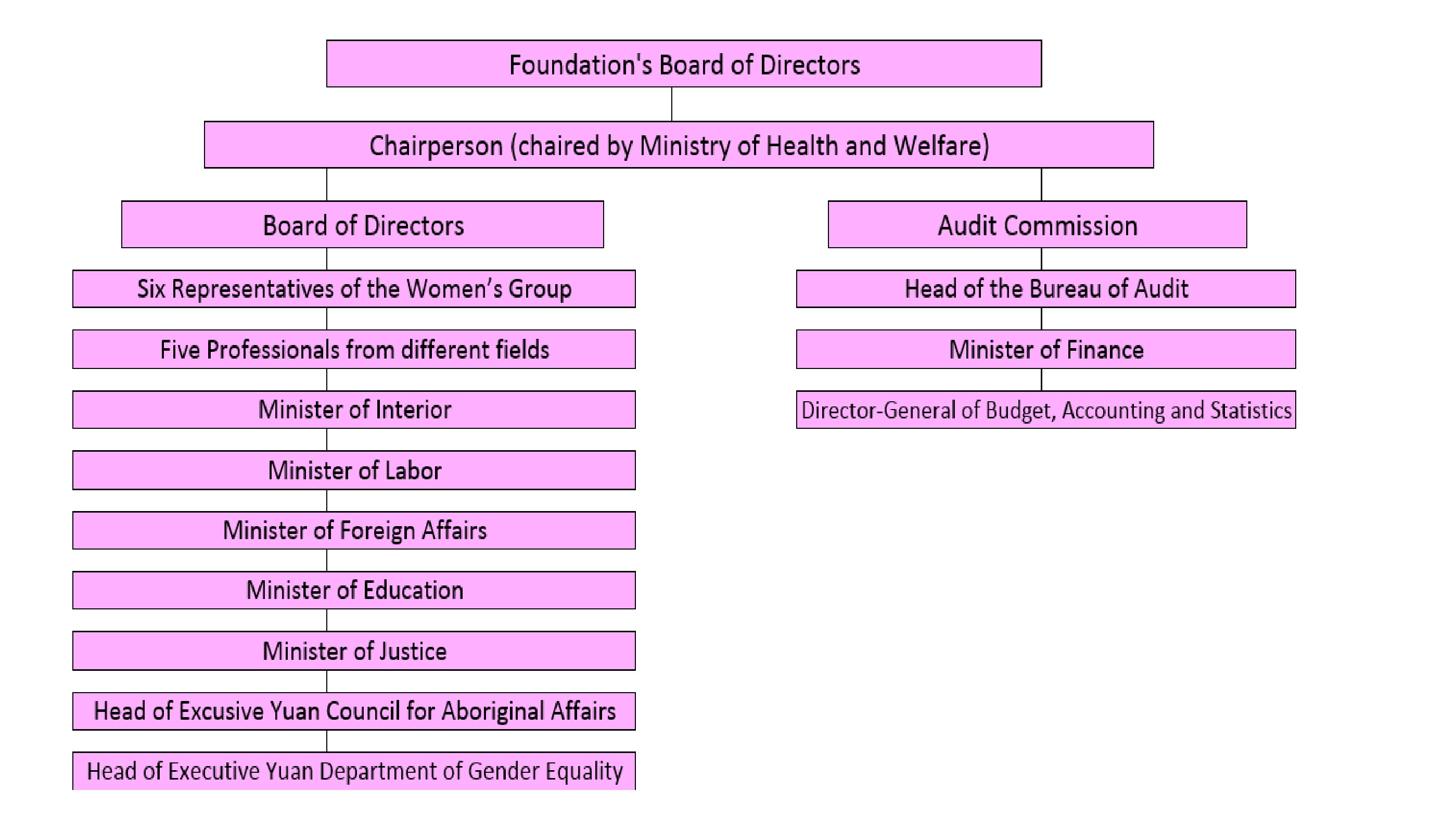